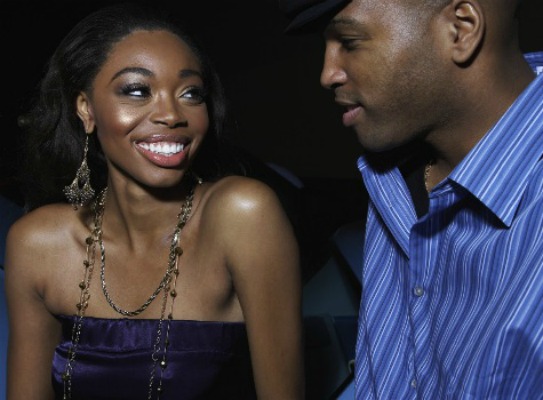 The Outrageous Flirters are put off by two types of women when they approach women.

Type I: An unfanciable woman who says “In your dreams!”

And after scurrying out of the scene, the man sits in a corner and licks his wounds. He reminds and convinces himself that he could have got them both if he really wanted to.

The third type of guy is this one, and there’s not much you can say about these guys either. These men love camouflaging amongst the trees and the bushes along the corridors. They will never approach any woman, and just love taking a look through a pair of binoculars. I presume they grow older to become stalkers or necromaniacs.

Try to be Charming and Fanciable

You will always have to remember that women want men who are fanciable. So firstly, if you want to impress a woman, try to be fanciable.

Grooming Tips for the Typical Male

In a Womanless World, a man can walk around his house wearing a boxer. He can kick a beer can off the floor into the aquarium, if he’s ever going to have one. He can burp and fart and no one would even bother to give him a second glance. No one would ever say “Aren’t you going to shave?” and there will be no woman to say “Why is the toilet seat up?”

But since this is not the case, thankfully so, we have to groom ourselves to seem like we have a million bucks pasted all over us. So your first priority should be to dress smart. Stop dressing like your favorite celebrity or mimicking his dress sense. Instead, try to do something that would make you look better. And always look good, at least as good as you can. Go to a good salon and get yourself a new hairstyle, and pick up a few fragrances that would highlight your personality. Basically, do all the works.

Learn the Art of Conversing

A fanciable man knows how to talk. He is smooth and doesn’t slur or stutter. So be composed and clear when you talk. In simple words, be charming. If you have to approach a girl, or are being introduced to one, then speak pleasantly and courteously.

Most men think that popularity and charm depends entirely on the ability to talk tongue in cheek. You don’t have to be a great conversationalist nor do you have to be a standup comedian to woo a girl. The way a man talks tells a lot about himself. Listen to someone for a while, and you would be able to tell if he is boring, kind, selfish, open minded or pig headed! If you have to be charming and fanciable, learn to pay attention when she talks and reciprocate cheerfully. Let her know that you are taking in every word she says. Women like men who listen, and not drop their stare to a few inches below the face.

3 Responses to How To Flirt: A Shy Guys Guide To Flirting